Updated 5 months ago by Willem Haen

When Andrew Montalenti co-founded his web analytics company Parse.ly in 2009, the product he envisioned wasn’t remotely what it is today. 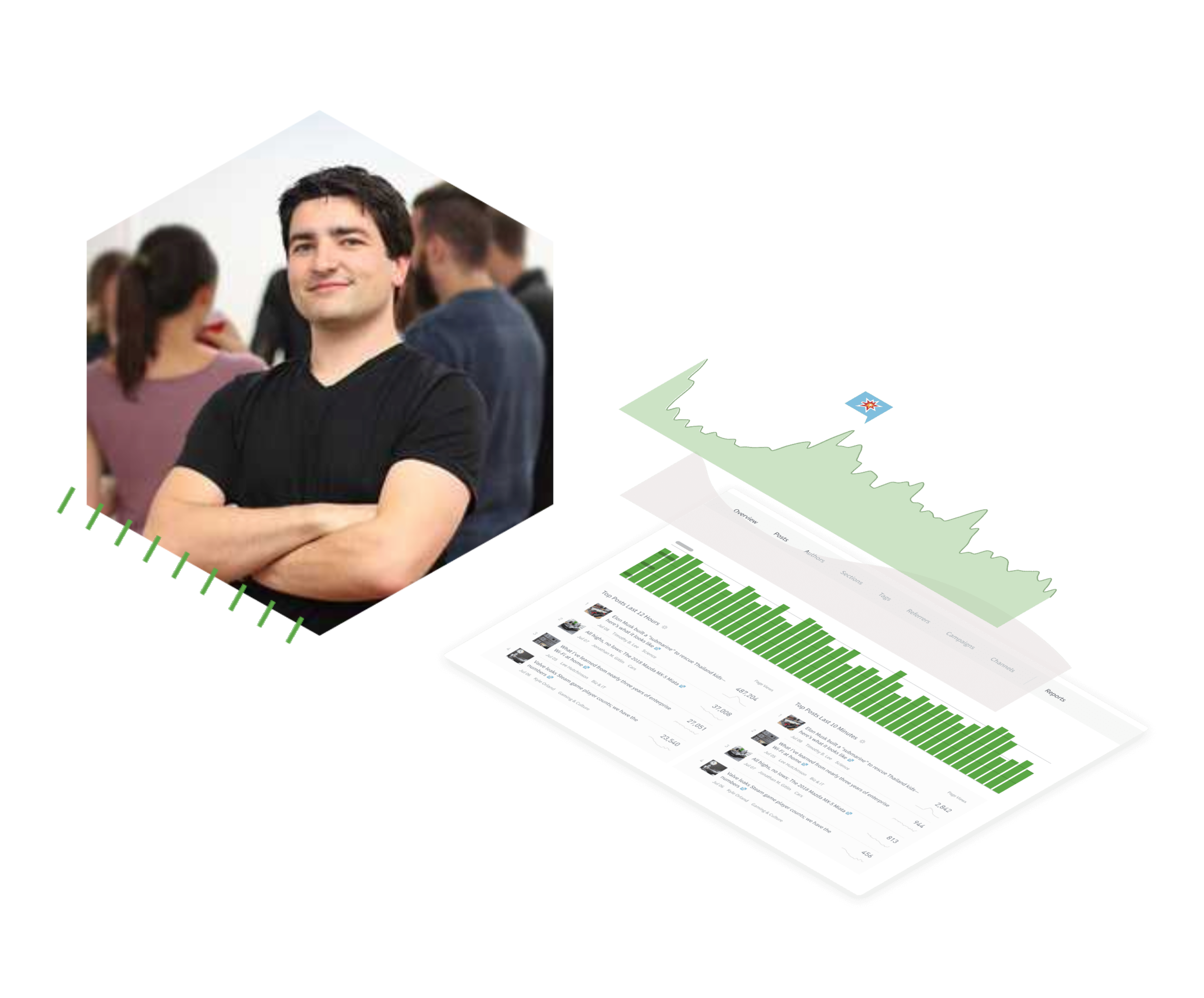 What began as a news content crawler that quantified keyword and topic mentions evolved into a full-service content analytics service. It’s now widely used by both marketers and major news publishers like Bloomberg and The Wall Street Journal.

Beyond the product, many other aspects of Parse.ly have changed since the company rebranded in 2019. We talked to Montalenti about how to recognize when it’s time for a change and how companies can take on the challenge of rebranding to become stronger than ever. Read on for his three tips for maintaining a successful, adaptable brand.

1. Be Open to Rebranding

Consistency is key to successful branding. But sometimes companies have to rethink their place in the market and shed their previous identity in order to meet long-term goals.

That’s exactly what Parse.ly did when it rebranded.

Last year, the company changed both its visuals and its messaging. Originally, Parse.ly had a more corporate feel that Montalenti didn’t think fit the brand any longer – especially its logo. “The extreme serifs, small caps style, and slightly muted black coloring of our original logotype lacks confidence and affability, despite our brand becoming, over the years, quite confident and affable,” he writes.

Now, Parse.ly’s logo communicates a more assertive, playful brand. “What I love about this evolution is that it represents a big change: We have completely thrown away our old logotype,” Montalenti says. “The new type is more open, friendly, and confident.” 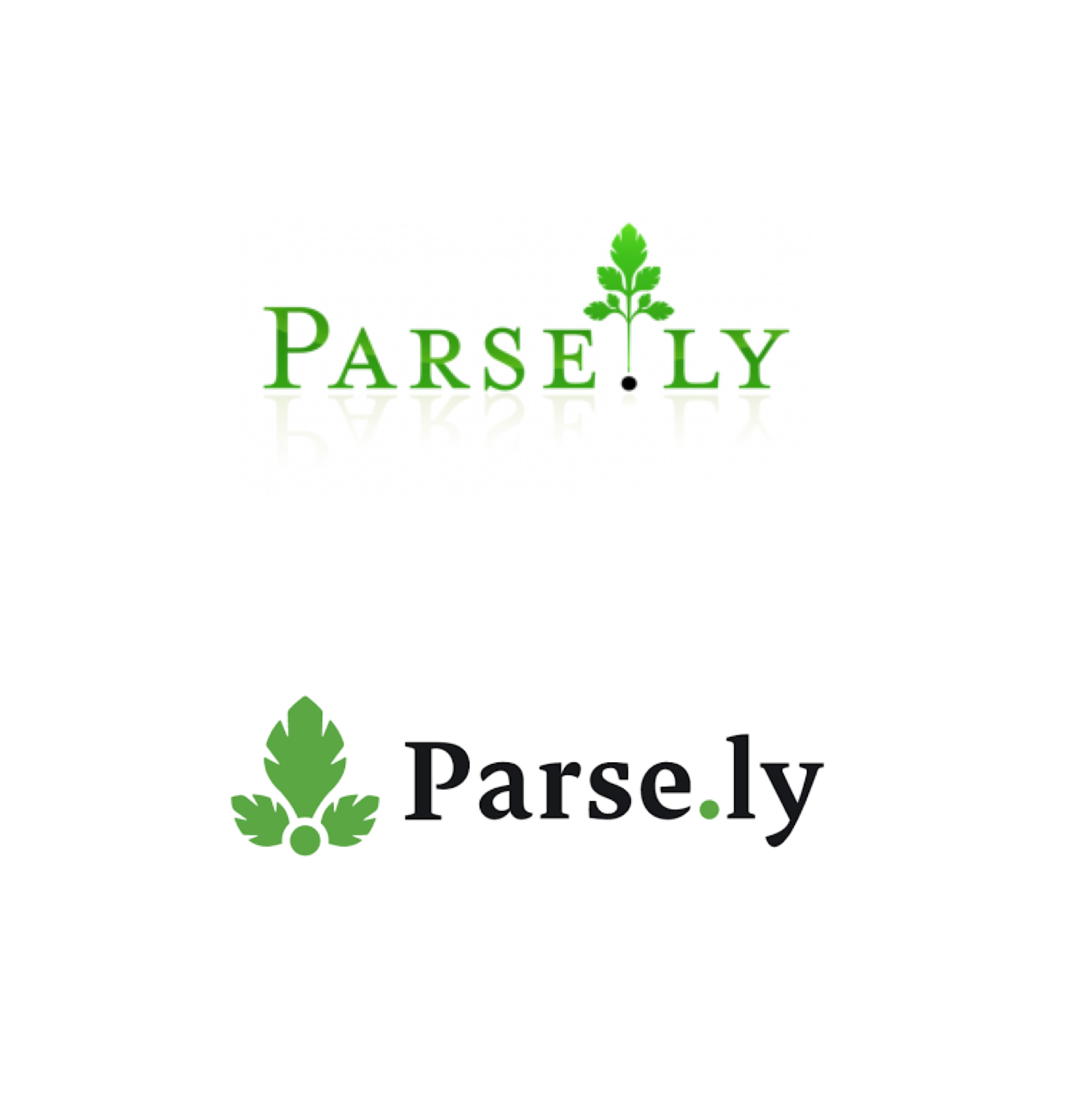 What inspired this rebranding? Montalenti says there were two reasons.

First, Parse.ly discovered that its users’ perception of its product didn’t match its external messaging. The company consulted customers across various verticals to see how they felt about the brand, and those conversations revealed a major disconnect.

“We were being viewed by our customers as a breath of fresh air in a very stodgy category of software,” Montalenti says. “But the way we messaged was, ‘We are a robust enterprise analytics software with a focus on audience attention and content.’ It almost felt like we were messaging what people were moving away from to come to us. That just felt totally backward.”

Armed with this knowledge, Montalenti and his team decided to realign their branding with these customer perceptions.

“The brand refresh was really about ‘Let’s make the brand fun. Let’s make it feel fresh and like a bright, shining ray of light in the dark industry,” he says.

Secondly, Parse.ly learned that its customers were more diverse than anyone had realized. Since its launch, the company had targeted editorial teams and media companies. The brand was surprised to learn that Parse.ly was being widely used by marketing teams as well.

It’s easy to think of rebranding as simply a redesigned website and updated logo. But Montalenti believes it’s essential for companies to understand that it’s much more than that. “What you see on the website is the tip of the iceberg,” he says.

Rebranding isn’t just about refreshing outward-facing aspects of a brand. Companies must also consider how the rebrand affects every aspect of the business internally – from sales materials to internal documentation and staff training.

“Even though you can see the change we made in our public website and what we talked about publicly, the bigger change, by far, was the internal change at the company because we changed the way we sell our product,” Montalenti explains.

How did Parse.ly do this? By ensuring that the brand refresh touched every aspect of the company.

Sales decks were updated with Parse.ly’s new logo and messaging. New hires were made, including a chief revenue officer.

“[He] made it his personal mission to get that brand refresh and that new messaging into the flow of sales and outreach and the marketing team,” Montalenti says.

By the time Parse.ly’s rebrand was complete, the change was more than the company’s look. It was also a refresh that was felt throughout the entire company.

3. Ensure the Brand Name Is Still the Right Fit

What’s in a name? Absolutely everything, according to Montalenti. But that doesn’t mean a brand can’t change its name during a branding overhaul.

Countless brands — including Apple and Starbucks – have changed their names during rebrands, and you probably didn’t even notice.

In fact, more than a decade ago, Parse.ly was known as Cog Tree.

Montalenti and co-founder, Sachin Kamdar, changed the company name to Parse.ly as they developed their product and got to know it better.

“The reason we came up with Parse.ly was just because we were actually using the word ‘parse’ a lot in our web crawler,” Montalenti says. “Parse is a technical term for extracting structure from unstructured data.”

If you’re considering a new name as part of your rebrand, Montalenti suggests keeping it punchy and interesting.

“We really liked the fact that Parse.ly was short and memorable,” he said. “And we could play off the fact that it references both parsing on the web and the herb as well because the herb has kind of a connotation of green and fresh.”

Most importantly, Montalenti argues that brand names need to be one-of-a-kind.

“I feel very strongly that the brand name shouldn’t be boring and straightforward,” he says. “There’s a school of thought in marketing, which is like, ‘Oh, those are great brand names because they’re so straightforward and they mean exactly what they say.’ But then, when you actually look at the world’s most innovative and best companies, their brands are not just saying what they do. A brand name has to occupy a unique spot in a person’s brain. That’s the most important thing.”

Maintain Your Business’ Core Values During the Rebrand

Parse.ly has undergone a lot of changes in the past decade. Its products have evolved, and its look and logo have been refreshed. Even its name and audience have changed.

The one thing that’s remained the same? It’s a brand that’s known for being innovative, refreshing, and easy to use.

“Users will tell us, ‘I love Parse.ly because it gives me a totally fresh look on my analytics’ and ‘I love seeing the little green leaf show up in my browser tab because it tells me what I have to expect for the day,’” Montalenti says. “People are actually creating a personal connection with the brand rather than it just being this boring tool they use.”

While your brand may grow and change, maintain consistency by holding on to the core value that customers connected with in the first place. For Parse.ly, that’s a user-friendly fresh take on analytics – no matter what its logo looks like.