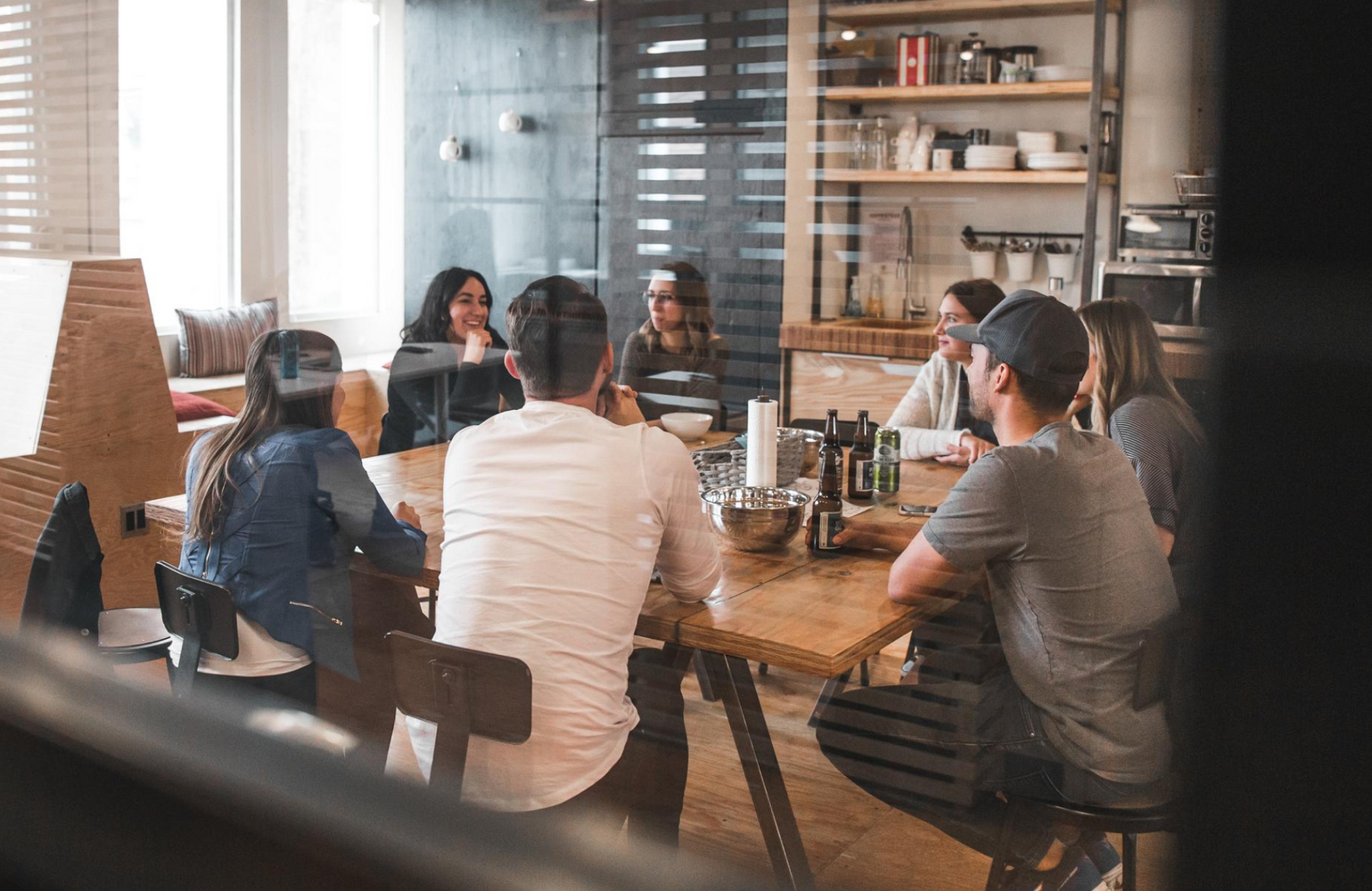 Digital Is Too Complicated for a Factory Line Process

Add to that the fact that digital touches almost every part of the business, and the number of people who we have to consult skyrockets. Unfortunately, the way most organizations run projects makes it harder, rather than more straightforward, for people to work together.

The problem is that most organizations are strictly hierarchical, with organizational operations carved up between business silos. This structure profoundly impacts how they manage projects. Departments are passing them down a production line from silo to silo.

The problem with silo based organizations

Take a typical website design project as an example. The project may originate within the senior management team before being handed to a project manager in operations to run. That project manager has to work with designers, either internally or externally, to produce mockups. The designers then hand these mockups to a developer (who often sits in I.T.) to build before finally being passed across to marketing to add content.

That kind of factory line approach sounds okay in principle, but in practice, often turns into a nightmare. For a start, there is often endless back and forth before a design gets signed off by senior management with the project manager caught between the designer and the person who commissioned the project.

When the design is finally signed off, the project manager shows it to developers who announce they cannot build it despite the fact it has gone through multiple iterations to be approved. Then, when the design is finally built, you discover it breaks when real content is added to it. Oh, and the marketing team hates using the content management system the developer chose anyway. 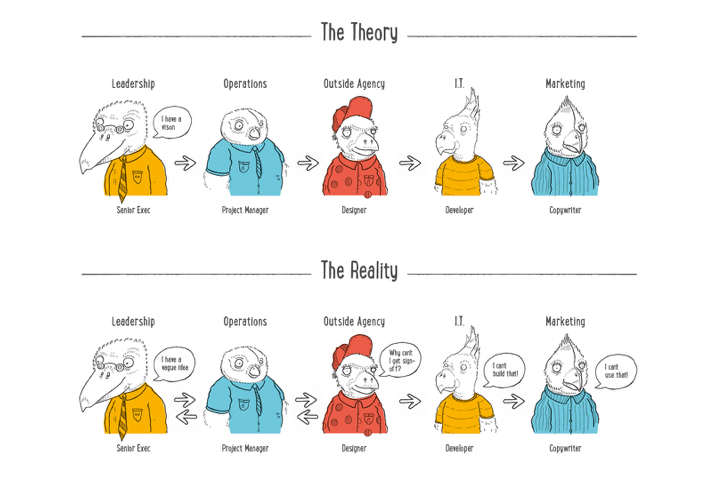 In short, the lack of interaction between those involved in the project slows things down and leads to an inferior product. Digital is too complicated for a factory line process.

The failure of committees

The solution that most organizations come up with to address this problem is to form a committee. However, this solution rarely makes things better and leads to bizarre scenarios where the Head of I.T. is commenting on the design of the digital channels despite having no expertise in that area whatsoever.

Also, a committee does nothing to address the myriad of small decisions that need to be made every day during a digital project and the impact of a large number of stakeholders. That is because committees do not meet often enough to deal with these kinds of issues. It is too hard to coordinate everybody‘s calendars to meet that regularly, and even if it was possible, it would not be a good use of people‘s time. The problem is that when you hold a committee meeting, everybody is required to attend – even if they might not have anything to contribute to that particular meeting. So if committees are not the answer, what is?

Instead of a committee, you need a cross-disciplinary working group. Instead of people discussing a specification in a committee, they need to sit down and build something together.

That starts with the core team working on the project at the same time and preferably in the same room. Nothing speeds up production more than a developer, designer, and copywriter being able to work side by side and collaboratively.

But you shouldn’t stop there. There will be other stakeholders who you should involve as much as possible. Ideally, key stakeholders such as the project owner should be in the room with the team too, even if they cannot spend all their time on the project. Just having them available to ask quick questions, and to show progress, will make things much more straightforward.

Of course, in the real world, getting that kind of contact with the project owner is not always easy, so you should push for as much of their time as you can get. That might be a design sprint where the team prototypes a possible approach in a week or a half-day workshop where you wireframe up some key pages.

The secret is to ensure everybody is involved in creating something tangible, rather than just discussing possibilities. Ideally, this will be some form of prototype. That is because prototypes create a shared understanding of where the project is going with a clarity a specification cannot provide. A specification can be interpreted in different ways by different people, while a prototype provides a shared vision. By working on the prototype together, everybody has a clear understanding of why the chosen direction was adopted, saving many hours of arguments over whether it is the right solution. You have educated them through the act of creation.

Also, working on the prototype gives people a sense of ownership, and so they are more likely to approve the final build and defend it to others. The more you involve people, the more committed they are to it.

Finally, by creating something tangible, the team has something concrete to test. That provides evidence to support the chosen direction, resolving many arguments over the right way to go. Disagreements that delay decision making and often lead to costly changes later.

Although it can feel more comfortable and quicker to work in isolation, in the long run, it can prove a costly mistake that undermines the efficiency with which the company can deliver a digital project. One way to connect your various teams is to utilize the Creative Collaboration. With it, you’ll have the tools to work collaboratively across your entire organization, without losing the overview.

This is the third article in a series of three