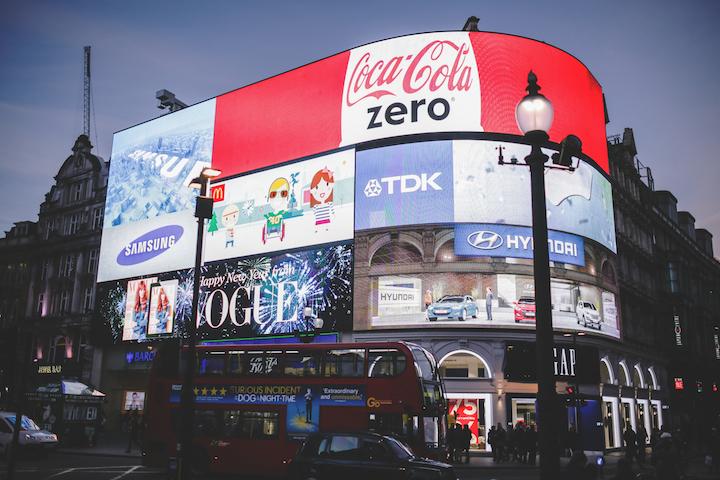 The Best Logos of All Time – Ever 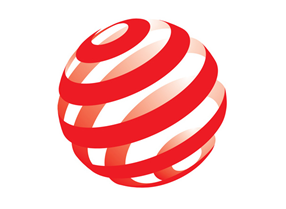 A typeface is not a logo, even if it is a custom-made font, so no matter how good it is, we have not included it.

Has the logo of any famous brand ever been the ignition point of their fame? No. Sure, it probably had a role to play, but a logo alone never powered a brand or product to stardom.

Nonetheless, a well-designed brand mark is essential, but there are a few must-haves needed to make it ‘GREAT,’ and the ‘BEST EVER.’

Here are our top picks for the “Best Logos of All Time - Ever” - in no particular order.

Swoosh -- the emotion/motion of rushing forward. On the side of a sports shoe this dynamic symbol demands that your foot will follow the forward motion of the design, advancing with strength.

Against Adidas and Puma, Nike does the accelerative momentum imagery best. In the early days it was always accompanied by custom-made logo lettering which is almost identical to Futura Condensed Extra Black. These days, the swoosh appears alone and is recognized immediately in every corner of the world.

The creation of this, the most famous of all sporting logos, was rather uneventful. Carolyn Davidson, a student at Portland State University, designed the logo with a few alternatives as a freelance gig for what was then known as Blue Ribbon Sports Inc. Read the story, it’s quite fascinating. Named after the winged Greek Goddess of Victory, Nike Inc. adapted the Swoosh as its official logo soon after its incorporation in 1971. 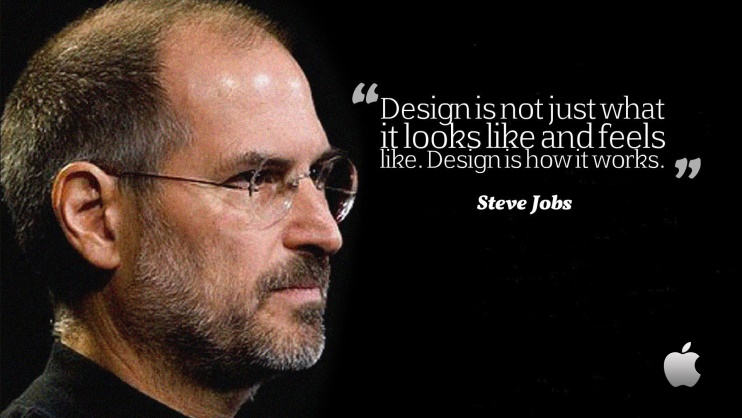 In our imagination, Steve Jobs and Steve Wozniak were huddled over the circuit boards and protruding wires emanating from a metal box that was to become a computer.

‘Let’s call the company Apple!’ one said. ‘As good as any other fruit,’ said the other.

Then came time for a logo, so Steve Jobs called a designer he knew, Rob Janoff, all very casual-like. From Janoff’s recollection, the brief was minimal: ‘We’re calling it Apple,’ was about all that was said. A very open brief.

Janoff claims the bite out of the apple was for balance and precise definition, so even when tiny - it was still an image of an apple, not a cherry.

So all those myths you hear about Alan Turing biting into a poison apple, or Adam and Eve symbolism as inspiration have all been discounted as pure nonsense.

The Apple icon has evolved from a striped rainbow apple to a gleaming ‘Titanium’ finish at present, but the shape and usage have never changed. For a company named Apple, this is the purest symbol possible, and its brilliance is that it screams the company name on first glance. In similar cavalier fashion, these same guys called their computer a ‘Macintosh’, which has no logo at all. Go figure?

The Beatles and Steve Jobs had a rather long and embittered legal battle over both the name and the logo, even though The Beatles’ Apple Corp logo is a realistic image of a green granny smith apple, and nothing like the computer company’s designed trademark. The conflict has continued back and forth over related issues since the 1980’s. It seems it is now completely resolved.

If we left out FedEx, we would have many design gurus and professors of design yelling at us because we would have ignored this masterpiece that fully demonstrates the use of negative space. See the arrow between the ‘E’ and ‘X’? The lettering is more than a wordmark; it is a creative manipulation of two typefaces, Univers and Futura bold.

The designer Lindon Leader himself explains it best:

"I started squeezing the letter spacing, I saw a white arrow start to appear between the E and the X. I thought, ‘There’s something there.’ I tried both fonts, but I didn’t like how much I had to distort either typeface to make the arrow look good. I thought, ‘Would it be possible to blend the best features of both?’ I took the high X of Univers and mixed it with the stroke of Futura Bold. The X rose to the crossbar of a lowered E. I kept tweaking, and eventually not only did the arrow look natural and unforced, but I ended up with a whole new letterform."

The lettering, the white arrow and the color scheme make the FedEx logo recognizable from “five blocks away.” 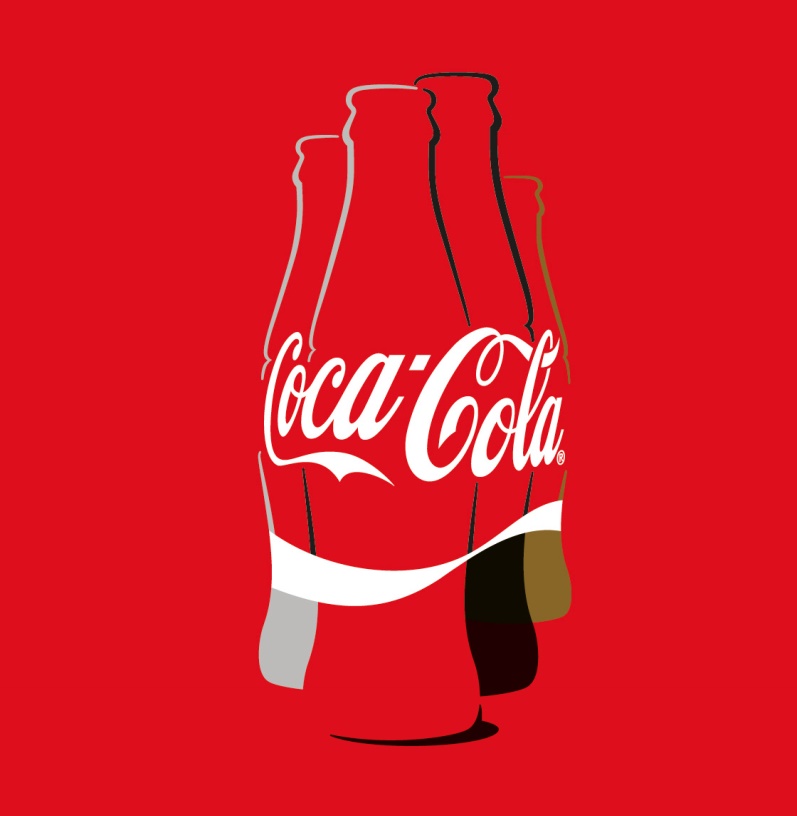 The logo font is curvy, even sexy, but it is the bottle that made a Coke instantly recognizable. In fact, the bottle is as much a part of the logo as the script font and has remained so since the bottle was first designed in the early 19th century. The bottle shape is patented, and a valuable asset to the Coca-Cola company.

No other product’s packaging can match the instant comfortable hold you can get when grasp a Coke bottle. The bottle defines Coke, but the script face is also famous. Together, we admit, the bottle and the script face are perfect partners. 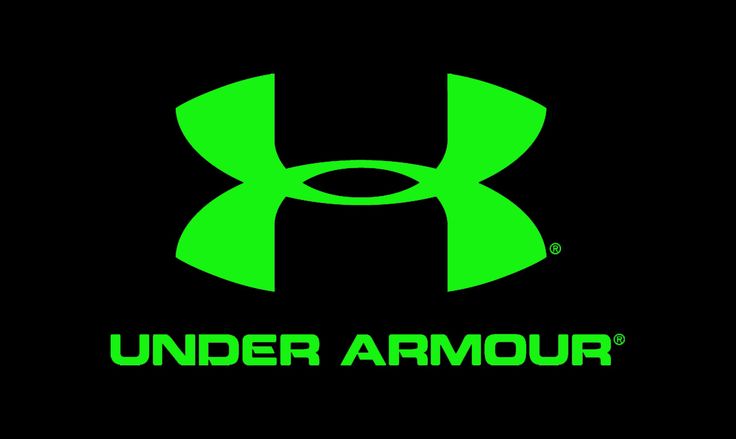 This a relative newbie and unless you’re an athlete or you work out, you may have missed it. The brand was introduced in 1996 by a university student entrepreneur named Kevin Plank. He says himself that he chose the British spelling of ‘armour’ because the name was available as a mnemonic quick-dial phone number.

The Under Armour trademark immediately denotes strength and says ‘athlete’ at first glance, with its’ beefed up arms raised in victory and legs splayed. Looking more closely, the ‘U’ and the ‘A’ become apparent and once seen can never be unseen.

The logo is excellent. So elegantly simple and yes - it is two letters, there are no rules about that. The UA logo delivers the message, wham, and gets down to the soul of the brand. Job well done. 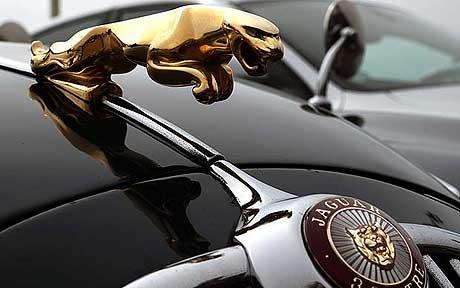 The leaping feline denotes power, speed, and agility. All the attributes you want in a car. A ‘Jag’, as it is known among aficionados, is a British symbol of prestige, quality, and unrivaled sportiness. You may say, well why not Mercedes, Audi, Rolls Royce, Bentley, and Volkswagen? They are all good logos, we agree, but Jaguar literally leaps out with its raw visual demonstration of power.

The company was founded in 1922 by two motorcycle enthusiasts, William Lyons, and William Walmsley and named ‘The Swallow Sidecar Company.' After 1945, the name was changed to Jaguar and the design of the figurine of the Jaguar was attributed to the Jaguar engineers. The Jag also had an emblem, a round badge with a raised embossed Jaguar head.

Of course, in printed applications there is the jaguar silhouette with a logotype underneath formed from the font “Algera.” Simple, stylish and so very British.

Today, the company does not use a sculpture of the leaping cat as its heralding figure on the bonnet of their excellent motor cars for safety reasons, but the symbol itself is universally recognized, even more so than the design of the cars themselves. 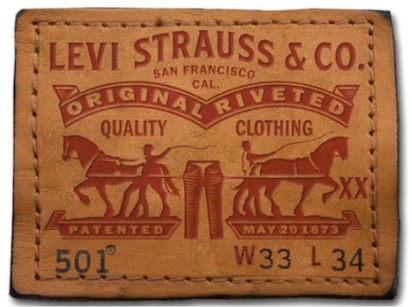 This is not a simple trademark; it is an advertisement designed in 1886 that has become a logo -- two horses tearing apart a pair of jeans. How definitive of strength can you get? And how clear is the message?

The name of the designer has been lost in time given it’s been 130 years. The design concept was to appeal to people who were illiterate or did not read English, so a picture told a thousand poignant words. For an interesting sidetrack, have a look at the history and evolution of the Levi’s emblem.

The flying kangaroo for Qantas Airways in Australia gets the point across.. Spielberg’s DreamWorks film company logo with a small boy fishing for ideas, stark against a crescent moon is a beautiful design, and the Batman and Superman logos that have so much punch (pun intended). Gaze upon the Chanel logo, with Coco Chanel as designer, using both the letters of her name – classic, classy and memorable. Then there is Red Bull, Red Cross, and Ralph Lauren’s Polo insignia. There are many that are good, some bordering on great, but there isn’t enough room to list all the truly brilliant ones here.

In the world of logos, it is tricky and slightly dangerous to choose just a few. But we’ve tried.

For a bit of logo gameplay, if you haven’t already tried it, this is a must-do: http://www.logoquiz.net/. Take the quiz to see how many logos you can recognize. It gets harder and harder.

A logo is Only the Beginning

Once you have a logo, you need a set of guidelines on how to use it – Brand Guidelines, to be precise.

Now there’s a better way to create and manage your guidelines with Frontify, the online resource that gives you a dedicated space online where everyone involved can log in to see progress and manage the design process.

Try it for yourself for free and create a quick, professional guidelines using your logo design, color palette, and design criteria. Frontify solves all the production problems you are having with updates and revolutionizes the process of comments and rounds of revisions in the initial development phase.

We would all agree, that any brilliant new logo design deserves an equally brilliant set of guidelines to keep future work on track.